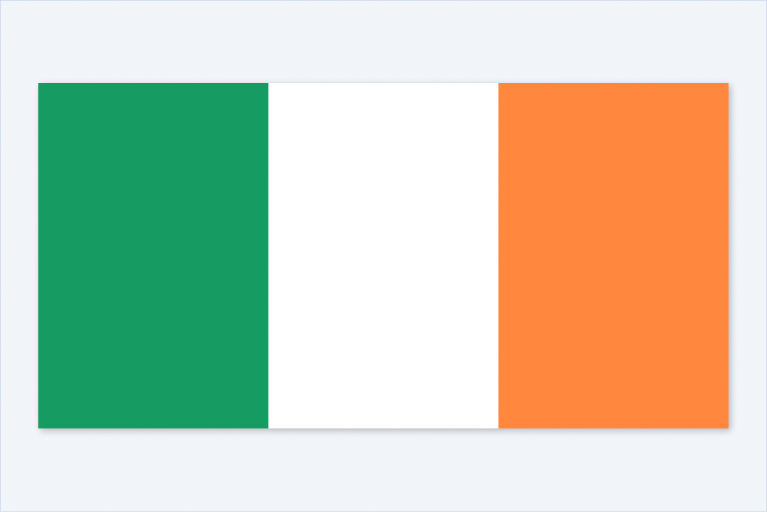 Schengen: Ireland has negotiated an opt-out from Schengen area.

Ireland is a parliamentary republic consisting of 26 counties. The head of government - the prime minister - is appointed by the president after nomination by the Lower House (Dail) and exercises executive power. The head of state - the president - mostly has ceremonial powers. The Parliament has 2 chambers (an Upper and Lower House).

The most important sectors of Ireland’s economy in 2020 were industry (38.3%), information and communication (17.4%) and public administration, defence, education, human health and social work activities (10.5%).

Intra-EU trade accounts for 41% of Ireland’s exports (Belgium and Germany 11%), while outside the EU 30% go to the United States and 9% to the United Kingdom.

In terms of imports, 38% come from EU Member States (France 11% and Germany 9%), while outside the EU 27% come from the United Kingdom and 13% from United States.

Ireland in the EU

There are 13 members of the European Parliament from Ireland. Find out who these MEPs are.

In the Council of the EU, national ministers meet regularly to adopt EU laws and coordinate policies. Council meetings are regularly attended by representatives from the Irish government, depending on the policy area being addressed.

The Commissioner nominated by Ireland to the European Commission is Mairead McGuinness, who is responsible for Financial services, financial stability and Capital Markets Union.

Ireland has 9 representatives on the European Economic and Social Committee. This advisory body – representing employers, workers and other interest groups – is consulted on proposed laws, to get a better idea of the possible changes to work and social situations in member countries.

Ireland has 8 representatives on the European Committee of the Regions, the EU's assembly of regional and local representatives. This advisory body is consulted on proposed laws, to ensure these laws take account of the perspective from each region of the EU.

Ireland also communicates with the EU institutions through its permanent representation in Brussels. As Ireland's "embassy to the EU", its main task is to ensure that the country's interests and policies are pursued as effectively as possible in the EU.

How much does Ireland pay and receive?

The money paid into the EU budget by Ireland helps fund programmes and projects in all EU countries - like building roads, subsidising researchers and protecting the environment.

Find out more about how Ireland benefits from EU funding.

Facts about Ireland for kids